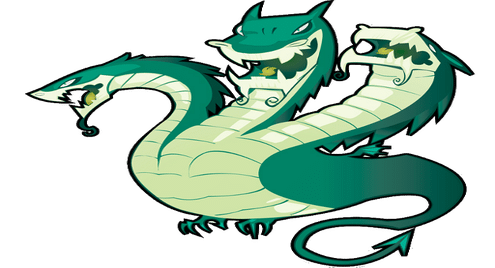 Van Hauser and Ronald Kessler are the authors of Hydra. It is under the AGPL As you read, Hydra is parallelized and this feature is the reason for the speed of this password cracker tool. Depend on the protocol it could be very fast. Researchers and security teams use Hydra to observe how they can protect themselves against the attacks. In the following, you will learn more about Hydra.

Hydra is available in both command and graphical format. Hydra is pre-installed on Kali Linux and you will already have a version of Hydra installed. But if you wish to use other Debian based Linux Operating Systems, download from the repository by running the following command:. Open your terminal and run the commands below to download , configure , compile , and install hydra :. So, you can use it to be guided step by step instead of typing all the commands or arguments manually into the terminal.

Use the below commands from your terminal to run hydra. While you are running Kali Linux, hydra-gtk will already be pre-installed. It is easy to be installed by running the command below:. In case you are interested in reading more about the Kali Linux or Security tutorial, there are so many useful articles on the Eldernode blog.

Things might not work! If you want the ssh module, you have to setup libssh not libssh2! For all other Linux derivates and BSD based systems, use the system software installer and look for similarly named libraries like in the command above. In all other cases, you have to download all source libraries and compile them manually.

If you just enter hydra , you will see a short summary of the important options available. Generate them yourself. Via the command line options you specify which logins to try, which passwords, if SSL should be used, how many parallel tasks to use for attacking, etc. FIRST — select your target you have three options on how to specify the target you want to attack:. Use a port scanner to see which protocols are enabled on the target. Note that everything hydra does is IPv4 only!

All attacks are then IPv6 only! Note that if you want to attach IPv6 targets, you must supply the -6 option and must put IPv6 addresses in brackets in the file! With -L for logins and -P for passwords you supply text files with entries. If you want to, e. This is a common default account style listing, that is also generated by the dpl4hydra. Many modules use this, a few require it! This session file is written every 5 minutes. NOTE: the hydra. The following syntax is valid:.

The last example is a text file containing up to 64 proxies in the same format definition as the other examples. 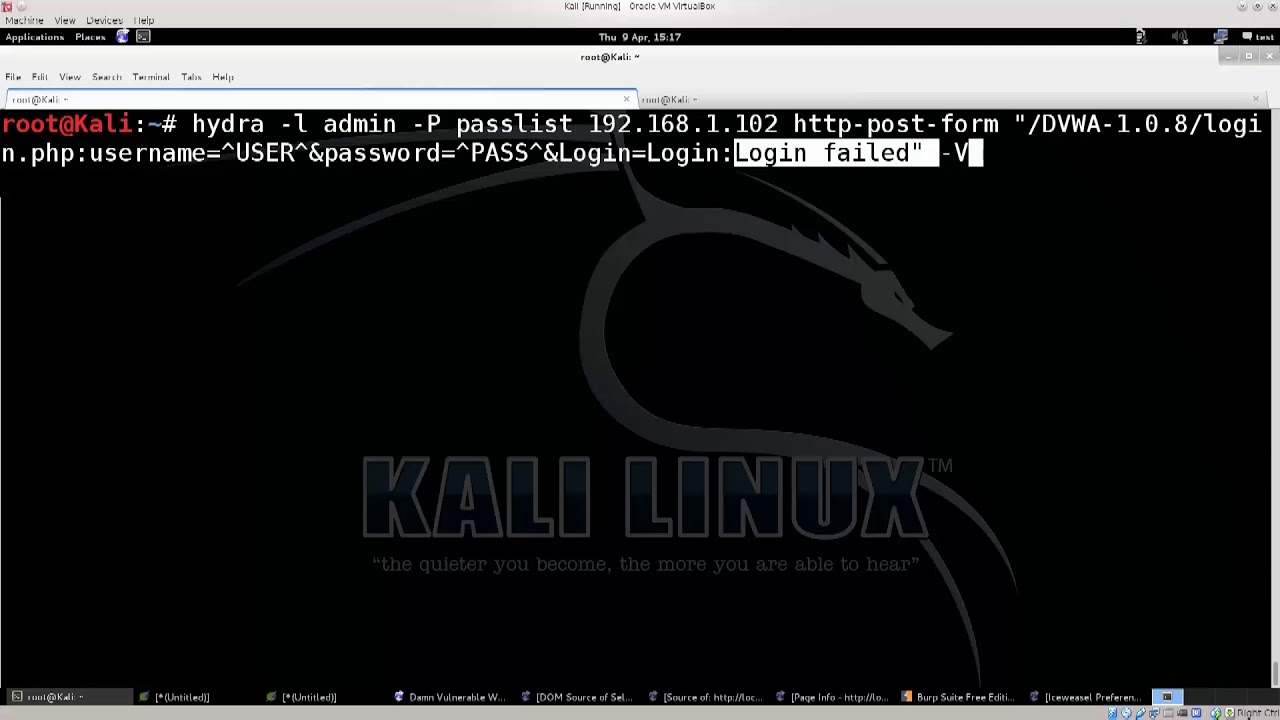 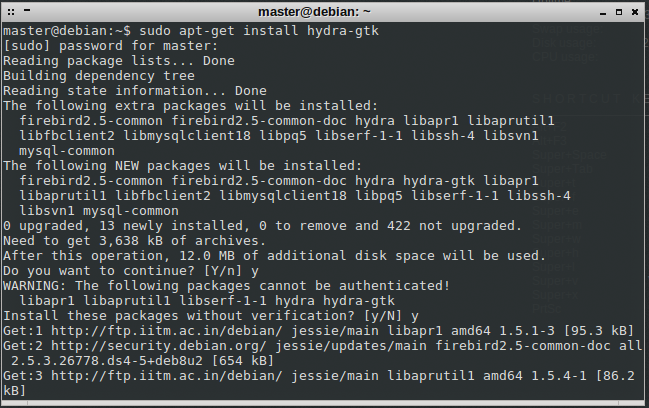 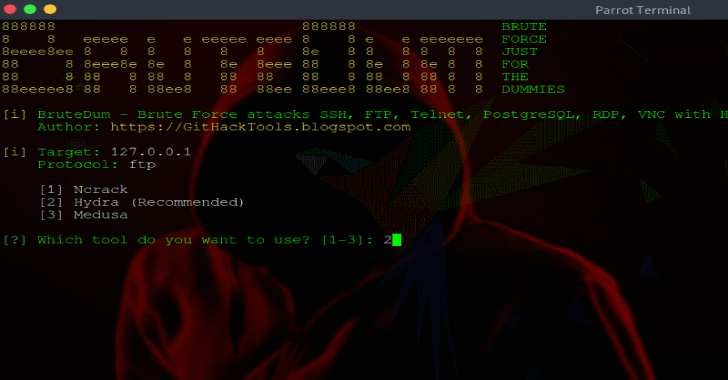